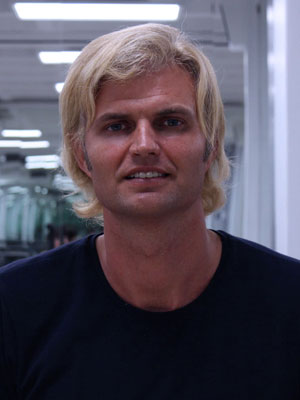 Book a class with Hendrik

Hendrik started his career as a Personal Fitness Trainer at the University of Stellenbosch Gymnasium and went on to build a very successful practice. He is now also the owner of Club Supercore in Stellenbosch where he teaches his APM Methodology through Reformer classes and Personal Training.

He grew up on the platteland and from childhood was something of an all-rounder. He thrived on physical activities, sport, culture and academics.

During his boyhood, he participated in athletics, tennis, rugby, cricket and excelled in all of them. He loved horse riding and enjoyed all activities that involved the outdoors and kept him active.

Hendrik matriculated at Paul Roos Gymnasium and after school travelled the world for one year before he commenced his studies at the University of Stellenbosch.

Because of his love for sport and physical activities it is no wonder that he studied Human Movement Studies.

It was at Maties that his athletics career took off. Within one year of training he attracted attention as one of the top athletes in the country in both the 200 meter and 400 meter events. In the South African Student Championships he won both events, beating the national champion. He missed the South African Student Championship record by 0,02 seconds, but earned his South African colours to represent his country. His Matie record still stands today, after 20 years.

With full sponsorship from Adidas, Hendrik was invited to compete in some of Europe’s top events. At this point he felt ready to take on the world. Then injury struck and it was unfortunately the end of his athletics career, as medical personnel were not able to rehabilitate the injury correctly.

This was a turning point in his life. It was a huge disappointment, but in many ways redirected and shaped his professional vision. Injury caused him to ask searching questions about training methods and the causes of injury and pain. This enquiry became the compass for his life’s work: to really understand the human body and, in particular, human movement. This would lead eventually to the birth of the APM methodology

While studying as a Sports Performance Trainer, he specifically wanted to find a research project where he could test his own understanding and challenge some orthodox practices. The project he chose took him to new and unimagined areas of discovery about physical performance: Hendrik had the privilege to be invited by the Manager of the South African Team to coach Nathan Meyer in preparation for the Para-Olympic Games. Nathan won double gold in the 100 metres and 200 metres at the Para-Olympic Games in Sydney 2000.

He was also alive to the importance of a broad-based social commitment to sport and human movement. He went on to form the non-profit organisation Sportright, with the highly regarded physiotherapist Pierre Kruger. The aim of the company was to help empower the disadvantaged youth of Khayalitsha, particularly those who have few, if any, opportunities to play rugby. Together they established a programme that assisted 12 high schools to develop organisational structures, for coaching rugby and participate for the first time in a rugby tournament, called the Khayalitha Cup.

Through the experience gained in his practice, Hendrik developed over 20 years what he has come to define as the APM methodology, which rests on the interdependence of alignment, posture and movement for the health and well-being of every human being.

His passion for fitness, enthusiasm for life and the fact that he cares deeply about adding value to people’s lives have combined to achieve remarkable results and earned him a loyal following.

If asked about the ingredients that contribute to the success of his methodology, Hendrik acknowledges his debt to many mentors and learning opportunities: I came into contact with many different training modalities all providing a basis for my own personal and professional development. 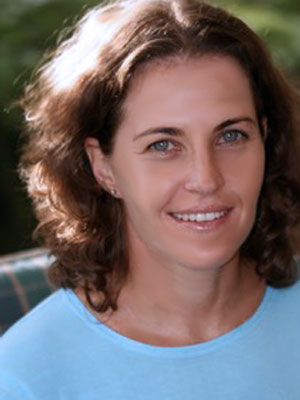 Book a class with Anneme

Anneme Müller has been fascinated with the movement and functions of the human body since an early age and has always been involved in some type of physical activity or sport.

She finished her studies at the University of Stellenbosch with an Honours degree in Biokinetics and then went on to work as a biokineticist and personal trainer at the University of Stellenbosch Gymnasium for the next 14 years. There she built up a very diverse client base, training everyone from university professors, local doctors, students and elite sport performers to senior men training groups and various other members of the local community.

“… helped me avoid a shoulder operation to relieve an impingement problem , which would’ve kept me away from my practice for 6 weeks. I have since been pain free and can resume everyday activities. I’m sure her expertise can help many others”. Dr Johannes van Waart (Gynaecologist & Fertility Specialist)

Anneme has assisted some of her clients for extended periods of time and others just to help with injuries or until they are educated enough to follow a prescribed programme on their own.

“My husband and I trained with Anneme for more than 10 years, over the years our fitness improved remarkably and the positive influence she had on our daily lives were immense…” Dorothy Reyneke

During the last 3 years she was based in a small town south of Johannesburg (Heidelberg), after her husband had to transfer there, due to work commitments. She concentrated exclusively on exercise for the elderly – her real passion – to help improve their strength and mobility which resulted in an improved overall sense of well-being and quality of life, even though most of them were bedridden!

“Anneme has a rare talent and skill for working with the elderly. Her sense of humour and respectful way in which she presented exercises, made it a relaxing and pleasant experience. It really improved my mobility and quality of life after a double knee replacement.”                Susan Andrag (69)

Anneme believes that although academic knowledge is essential, through years of experience and growing older (and hopefully wiser) you come to realise that people are not carbon copies. Each individual is unique, has unique needs and should be treated as such. There is no blueprint, only guidelines when it comes to optimal exercises for your specific body.

Although you could have the same symptoms as the person next to you, your body will react in its own unique way. And that is why you need an exercise specialist to guide you, because even with a pre-drawn up programme there are physical, psychological and environmental factors that influence your everyday ability to exercise. You need someone who can think on her feet and adapt to your current state of mind, energy levels and physical abilities on the given day.

Having recently returned to Stellenbosch, Anneme is now working as a specialist trainer at Club Supercore where she hopes to inspire people, through her extensive experience and enthusiasm. She advocates the realisation that training hard, does not always require you to run/cycle/swim until you drop, or doing intensive training in the gym where you aim to do a certain amount of repetitions with a certain amount of weight. In the end these type of activities might not always yield the best results and in the long-term could contribute to permanent damage of the joints and other aches and pains.

Anneme instead promotes doing effective and controlled exercises for your specific needs, protecting you from injury and improving your Alignment, Posture and Movement, which in turn will improve your overall well-being, shape and quality of life.

Anneme has a passion for the human body and all it is capable of, but also compassion and empathy to make your exercise experience a rewarding one.

Scroll back to top